What focus does this analyst bring?

I bring with me a love and passion for people and doing deep soul work.

What is this analyst’s background?

A native of Stratford, Ontario, Dan studied piano with Albert Furtney, and then organ and piano with Mrs. Dorthea Easun  and Gordon D. Scott.

What are this analyst's contributions?

Dan has written several resources, including a doctoral dissertation on the identity of the church musician in the United Church of Canada (1998).

What focus does this analyst bring to the work? 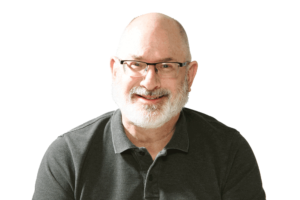 As a person, minister, and therapist, I bring with me a love and passion for people and doing deep soul work. I have experienced this in many ways throughout my life, including both positive and challenging times, and have been transformed by these experiences.

I bring with me advanced artistic (music), theological, and psychological training and qualifications, including many years as a church musician, and 20+ years in the pastorate as an ordained clergyman (The United Church of Canada) and community chaplain in clinical settings.

In particular, as a therapist, I specialize in spiritual/religious, rural/urban, and gender identity/expression concerns, to name some dynamics. I encourage the therapeutic exploration of these significant aspects of life in a safe and confidential analytic container.

I look forward to meeting with you, and working with you and the unconscious, the three of us, in exploring and knowing, psychologically and spiritually, the depth, width, and height of life.

What is this analyst’s background?

A native of Stratford, Ontario, Dan studied piano with Albert Furtney (Parkview United Church), and then organ and piano with Mrs. Dorthea Easun (Zion Evangelical Lutheran Church) and Gordon D. Scott (St. John’s United Church).  He accompanied the Stratford Boychoir under the direction of Mr. Scott.  During his teenage years, Dan was also active as the organist and choir director at the Community of Christ (RLDS).

Dan graduated with a Bachelor of Music degree in church music from the world-renowned Westminster Choir College (1982, Princeton, N.J.).  His principal instrument was organ, with a minor in voice.  He also studied choral conducting.  During his final year, Dan was a member of the Westminster Choir, and travelled extensively throughout the U.S., including Alaska, and participated in the Spoleto Festival of Two Worlds in Charlestown, SC, and Spoleto, Italy.

Dan went on to study organ performance at the University of Toronto, and received an Advanced Music Performance Diploma from Concordia University (1986, Montreal).  He took part in a one-year orchestral conducting program at the Toronto Royal Conservatory of Music.  Dan was the church musician at Lawrence Park Community Church from 1982-1990, where he also taught music, developed a graded choir program, and initiated a hand bell choir for seniors.  While in Toronto, he accompanied the Toronto Orpheus Choir.

Dan’s work as a church musician led him to studies in theology, completing a Masters in Divinity at Emmanuel College (1990, Victoria University of the University of Toronto) and a Doctorate in Theology (1998, Boston University School of Theology).  During the mid 1990’s, Dan completed two basic units of Clinical Pastoral Education (C.P.E.) at Beverly Hospital (Beverly, MA) and Harvard’s Brigham and Women’s Hospital (Boston).  As a further requirement of his ordination process in the United Church, he completed a 4-month summer internship at a two-point pastoral charge in Shelburne, Nova Scotia (1995).

He was ordained as a Minister of the Word, Sacrament and Pastoral Care by the Toronto Conference of the United Church of Canada (1997).  Since his ordination, Dan has served pastorates in Manitoba, Nova Scotia and Ontario.

He has also trained as an educational supervisor for ministers-in-training (UCC, Prairie Christian Training Centre), a spiritual director (Haden Institute/Mount Carmel Spiritual Centre), and as an intentional interim minister (Interim Ministry Network).  Over the years, he has completed two refresher programs as a United Church educational supervisor.

Dan completed a psychiatric observation internship at the Royal Ottawa Hospital, which was a requirement for his Jungian training (2014).

“The way in which a dream comes true is the way truths come from the dream—by means of analogizing.  If the analogizing process goes on long and deeply, the truths that come are many, are radical, and are always relative to the dream’s images.” — James Hillman

What are this analyst's contributions?

Dan has written several resources, including a doctoral dissertation on the identity of the church musician in the United Church of Canada (1998), a guideline for United Church boards and ministry and personnel committees on music ministry (2004), and was a significant contributor to a Lenten devotional guide called Rising with the Morning Star (2010).

For six years (2012-2018), Dan wrote a 1500+ word weekly column on faith and life for the Pembroke Daily Observer, where people were challenged regarding how faith meets life, and he raised and discussed important spiritual and psychological questions.

His current extracurricular commitments include continuing to serve on the Executive of the Ottawa Centre of the Royal Canadian College of Organists (RCCO) in the capacity of the Professional Support Convenor where he is often a contributor to the centre’s monthly newsletter, Pipelines.  In 2016, he was awarded the distinction of Member of the Year.

What are this analyst’s professional memberships?